Echoes, a sound which bounces off the walls and is repeated, the sound gets dimmer with each bounce, with each occurrence.

Our world and our experiences are formed by memory. How we view the world is shaped by our past. The way we see is the result of everything we have looked at in our lives.

These traces exist in the world outside, the landscape itself the result of many over-workings by humans and the effects of nature. These traces of the past get dimmer with time and with extrinsic influences. The same is true of both our memory and our effect on the world. While we are around we are well remembered, but absence makes the memory grow dimmer. What is sentimentality but an attempt to keep these memories vivid?

When we stand in front of a scene what we see is multi-layered, from recent interaction to sometimes ancient historical events. Some places have a charged atmosphere and maybe the layered visual clues affect our unconscious to guide our experience.

This project seeks to examine these traces in landscape, from a new cemetery where the previous existence of the area as a series of fields overwhelms the feeling of ‘cemetery’, to areas where the previous purpose and use of an area is dim and faint. Where the echoes are very dim we use our imaginations to fantasise about previous existence and where loud we are guided by the scene. Visual clues are also vital to formulate our responses and photography as a medium is well suited to the purpose.

The project has focused so far on areas of local landscape: a new cemetery in a rural setting; a nature reserve which used to be an American Army base, the site of railway lines which were closed 50 years or so ago; and urban areas where the surfaces of the land tell a pungent story of past experience.

This is the site of a former American Army camp in WWII which became a hospital and then cheap housing until about 1960. It fell into disuse and in 1994 became a nature reserve. There are remnants of the original buildings around the site. The concrete pathways are the original ones, some of which show the post-holes which used to form the base of a covered walkway. The rest consist of foundations, some areas of floor and a lot of moss-covered rubble dotted around. In the last 3 or so years there has been a lot of clearance work in evidence. On the one hand, the excellent project to commemorate the history of the camp led by the Facebook group “We love Stourport-on-Severn past and present” (https://www.facebook.com/STOURPORTPAST/) has brought in a historical dimension to the experience of the area. On the other, the local council has cleared a large area bounded by a fence in an attempt to recover and extend the lowland heath area. This activity has shown the extent of the camp by revealing the pathways, some of the woodland clearance has revealed more of the extent of the remaining camp. There is some fascinating information in the Burlish Camp Website (http://burlishcamp.co.uk/). 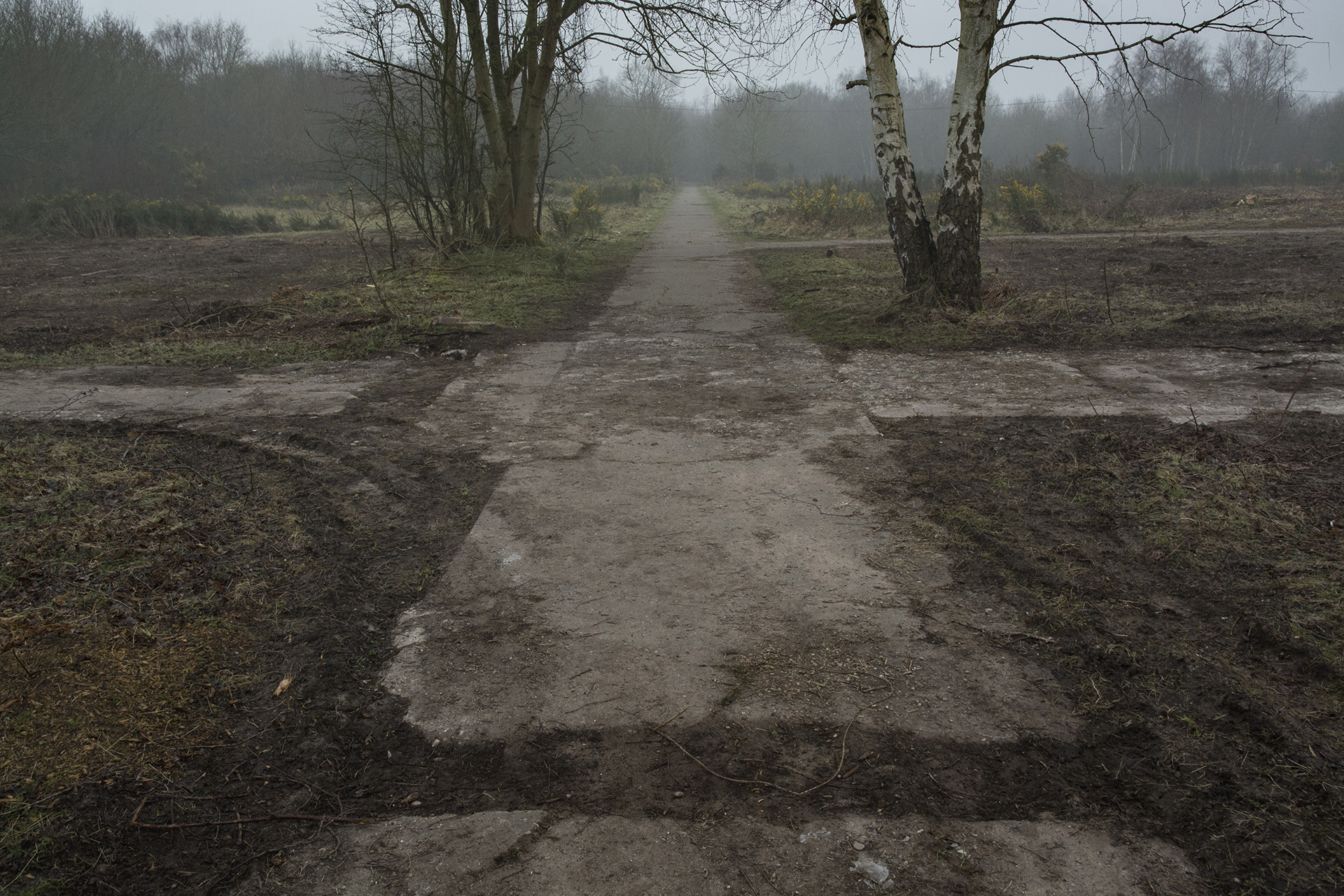 Railway lines are fascinating places for a number of reasons, partly for the atmosphere and and partly the wildlife as they have been largely underused since closing. Most of these railways were removed in the 1960s. Popular thinking blames the Beeching cuts but apparently some of the lines and stations in the area had already been earmarked before Dr. Beeching had been commissioned to make his report. All that remains nowadays are paths along the old lines, abutments along roadsides which mark like a huge gravestones the place bridges had spanned the roads, and some viaducts. Some of these lines have just become country paths and some of have been cleared for wider use. Leapgate was a side-line which joined Worcester and Stourport-on-Severn. This ‘Country Park’ is advertised as good for walking, cycling and horse riding. It is situated by Wilden, between Stourport and Kidderminster. 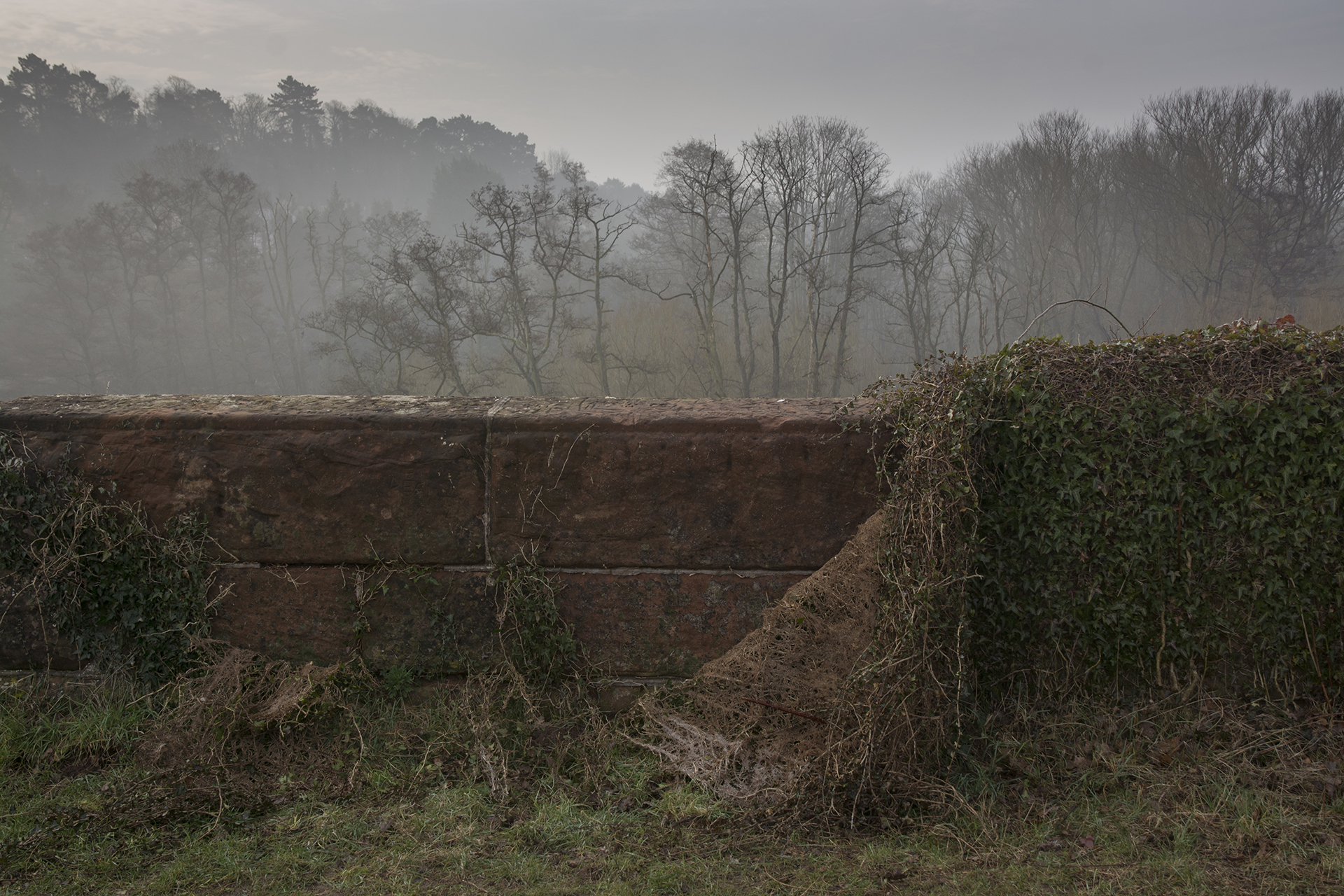 There are many things which mark a sites former use and demonstrate the processes of change a landscape undergoes. These can include buildings and bridges but nothing tells the story as strongly as the surface of the land or sometimes a wall. The material used, scars and decay, human intervention and the gradual occupation of natural forms are all part of the process of change, all part of the story. A recent development in archaeology is the use of aerial photography as this helps to reveal much which is hidden at eye level. Some sites reveal their nature more readily, catching these moments is a joy. 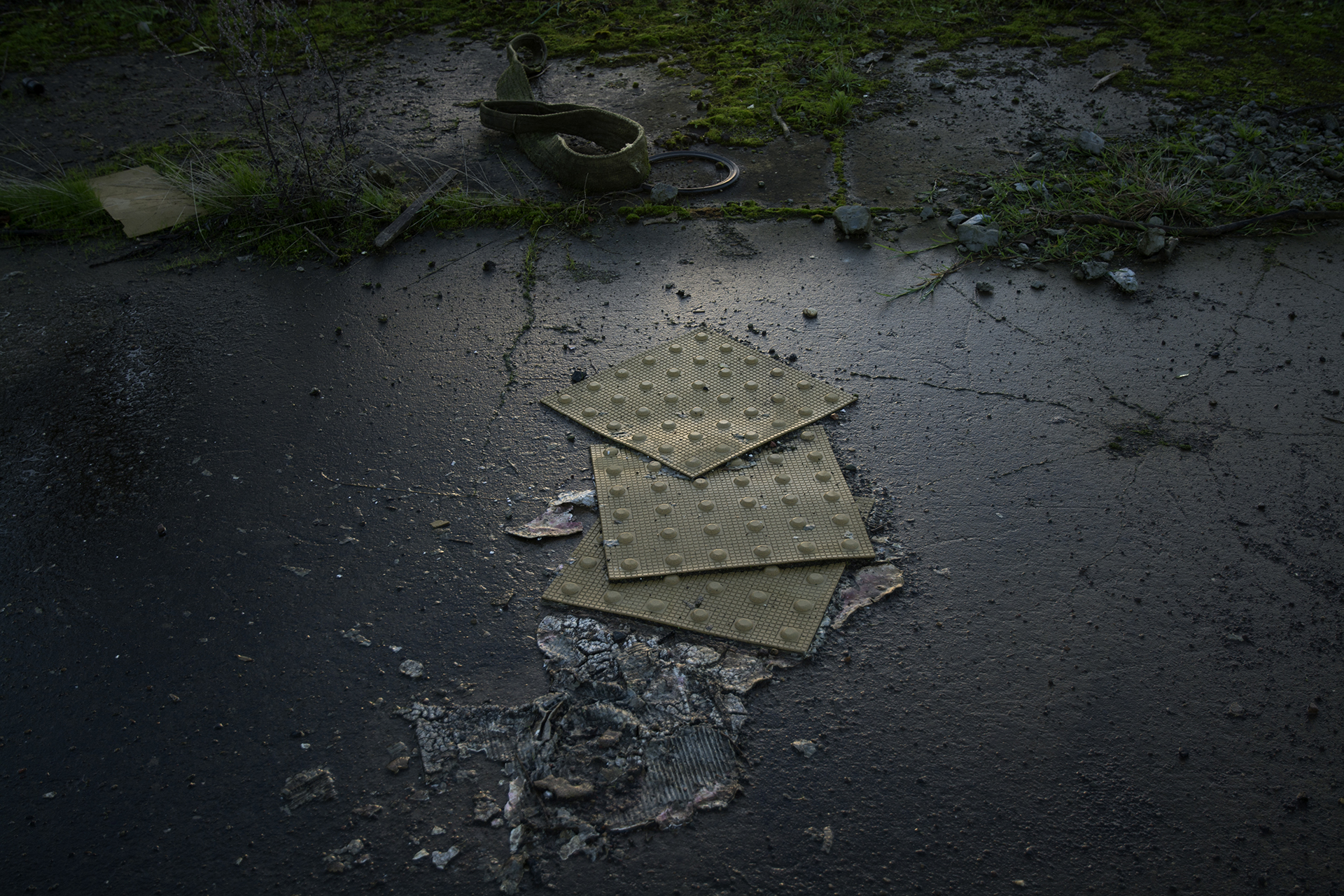 This site has been open since 2011 and stands on a 23 acre site.  There is a large building and car-park area with some very well tended gardens. The rest consists of large fields which are still quite empty as the site is so large and has to look to the future. In part these look like grassy fields with some activity which on closer inspection become memorials. The dichotomy between the two makes for a fascinating place visually. We are not sure how to view the place especially outside the fields outside the garden. Are they fields we can walk in or something more. As you reach some of the memorials the place does not quite feel like a cemetery and this is very disquieting. The landscape at least is very much in transition and has not yet attained the feeling of ‘cemetery’ you get in more established places. Thanks to Dignity for permission to photograph there. 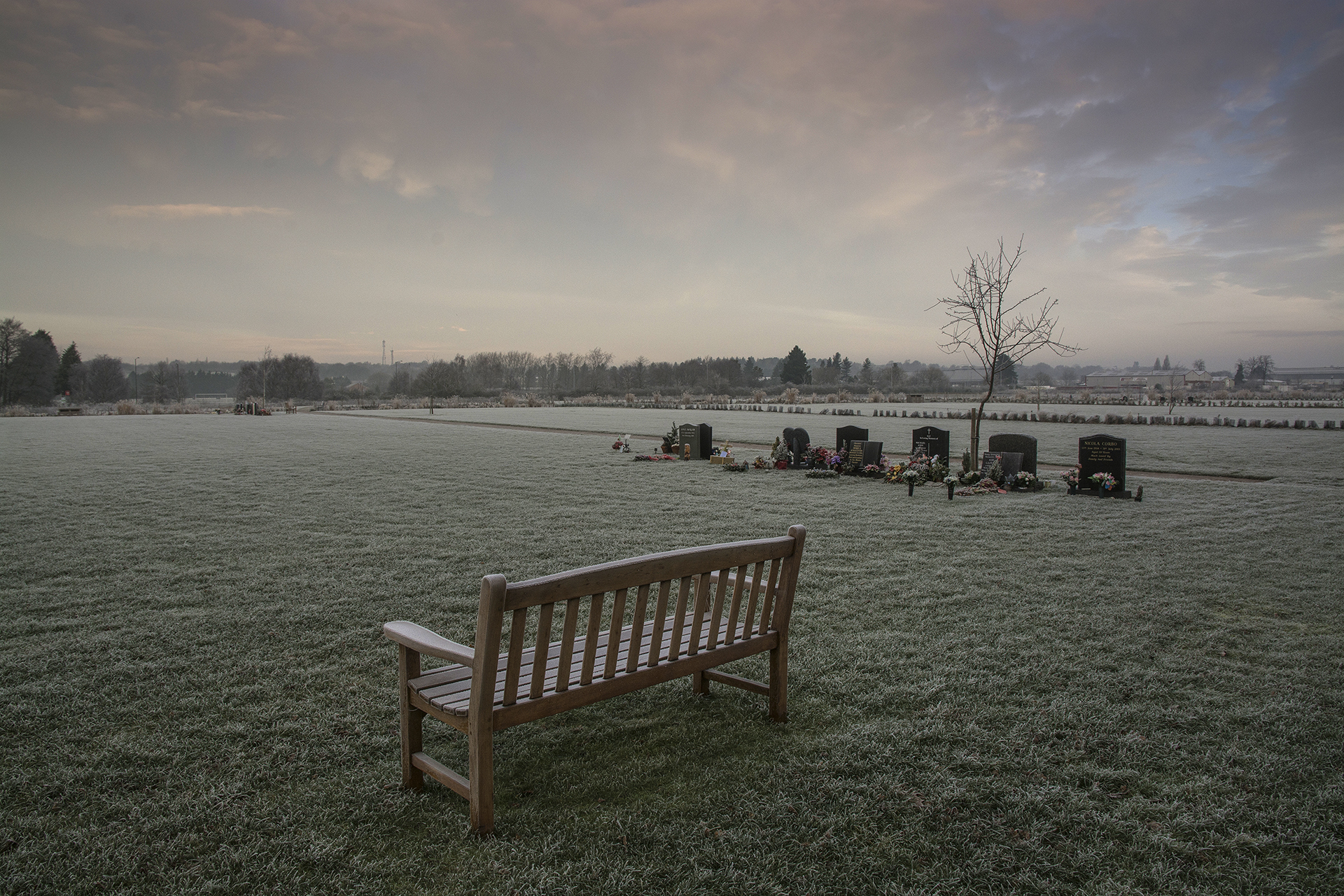