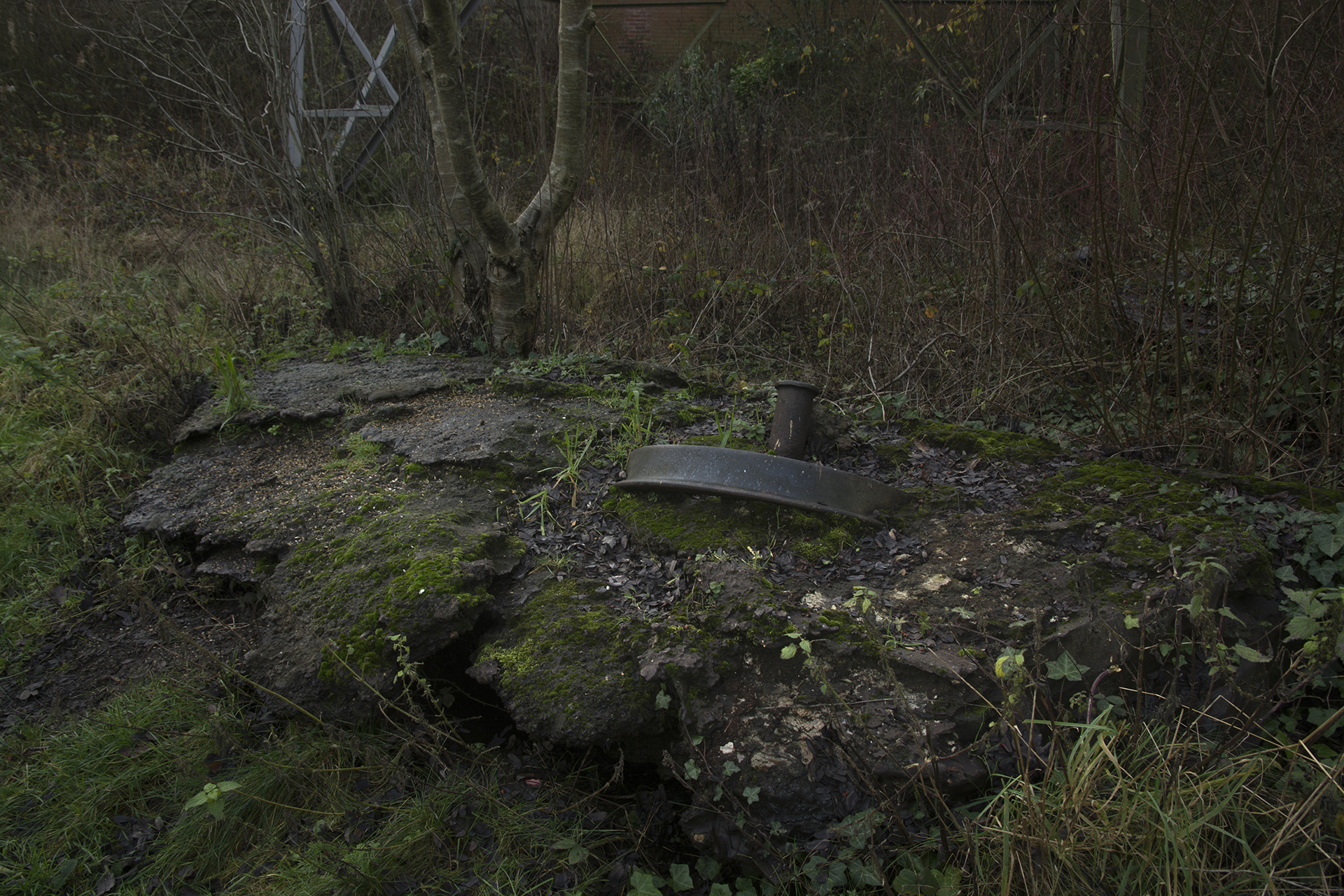 Back to my roots

I have been reflecting recently on my current work and how I got there. A recent exploration of the area around Dudley brought these into sharp focus.

The work I am starting to do explores the way that things change both on a personal level but also in the wider world around us. I’m also very interested in memory and the way that what is important or has a strong and vivid presence at the moment will disappear in time. The further back in time the less presence or importance, until it is a distant memory or gone forever.

The working title for the project is ‘Echoes’ as this for me expresses the nature of the experiences I am attempting to capture. The volume and clarity of a sound becomes less and less as it bounces around a space. So too with our world, both outside and inside.

I was exploring a country park in Pensnett near Dudley in the West Midlands a few days ago and found an old railway wheel embedded in some tarmac. The small size of it made me think that it was quite old and dated back to around the beginning of the last century (I would love to find out for sure). I knew that there were a lot of industry around the area was based on the location of the raw materials to feed foundries for instance.

On doing some further investigation I found out that Buckpool and Fens Pools Local Nature Reserve is the site of old collieries and claypits and there were also some brickworks in the area. The path where I found the old wheel was the line of the old Pensnett railway. This was owned by the Earl of Dudley and took coal to the Round Oak Iron and Steel Works. The steel works closed in 1982 and towards the end of that decade was redeveloped and is currently the site of the well-known Merry Hill Shopping Centre.

In the mid ‘80s I spent a lot of time photographing the devastated industry around the West Midlands and this culminated in the exhibition ‘Relics’ last shown at the Ikon Gallery in Birmingham in 1990. Round Oak Steel Works was a place I visited quite a few times and took many photographs. The abandoned site and buildings offered many stories. These were amazing places to explore and experience and I have a great fondness for those years. This type of work has since become known as Urbex (Urban Exploration) and is a popular genre worldwide.

The image below is of one of the lids to a crucible (I think) taken on the site with a couple of friends (Paul and Barty) to give it scale. At the time we thought it looked very much like a flying saucer which had crashed. 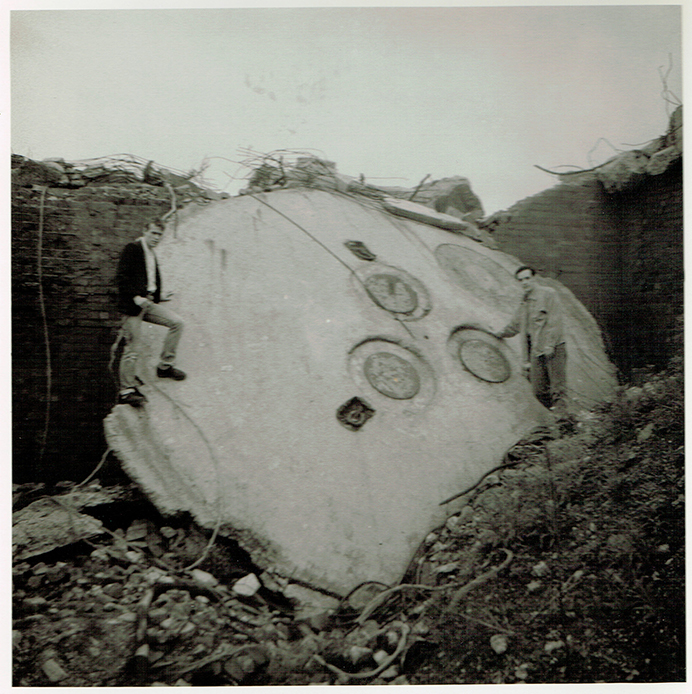