This morning in Stourport

It was great to be out again in decent weather. The last few weeks have been difficult in many ways and hopefully this morning is the start of being able to get back some momentum. The development land next to Stourport Tesco is a hugely interesting place with many remnants of previous occupation and 3 empty fascinating buildings. They are much too dangerous to enter and have been ravaged by time, fire and vandalism. The old Carpets of Worth site was due for development and announced in the local paper in 2012. The Tesco has been built but this part of the site remains unused. Two of the buildings (in the image below) which are called Gatehouse and Whitehouse will be renovated and come back into use. I’m not sure about the third one and in many ways this is the most interesting. The inside is completely overgrown and looks fascinating with some of the growth anchoring on the exposed beams.

Hand-held exposures today and I like the use of a smaller depth of field in these scenes. I will take the tripod on my next excursion as a few of them were a bit too short. It’s difficult to assess on site with my eyes at the moment and am using knowledge more than sight to control the focus. The trees in the distance are part of Hartlebury Common and I took some photos there on Boxing Day with Rebecca and Ben the dog. 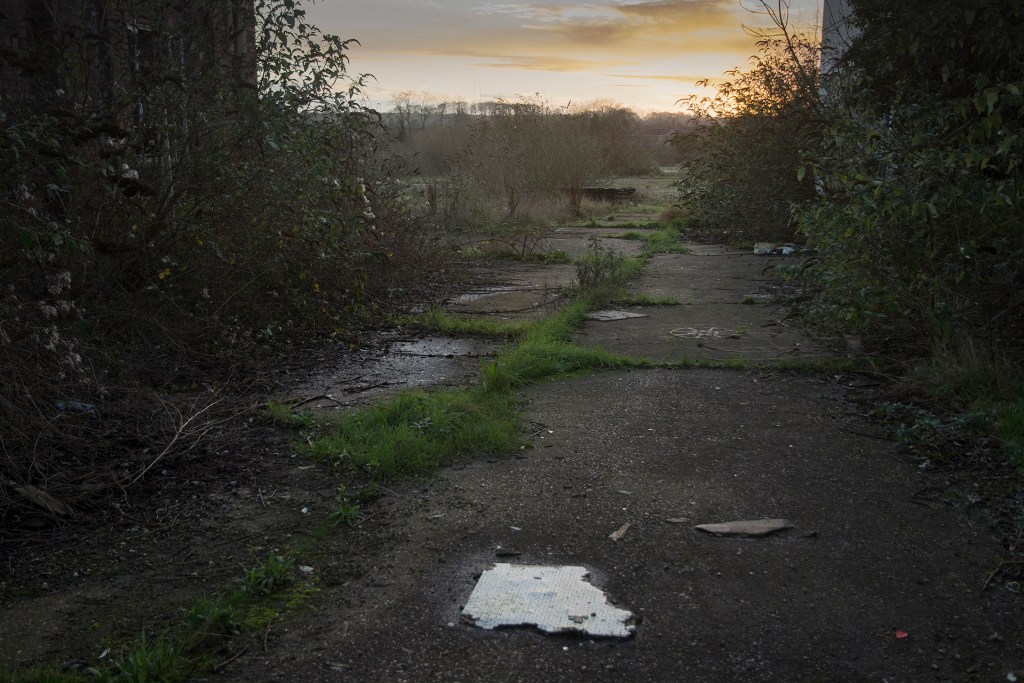